An immersive fan experience, the Center Field Plaza and new stadium “front door” celebrates all things Dodgers past and present. 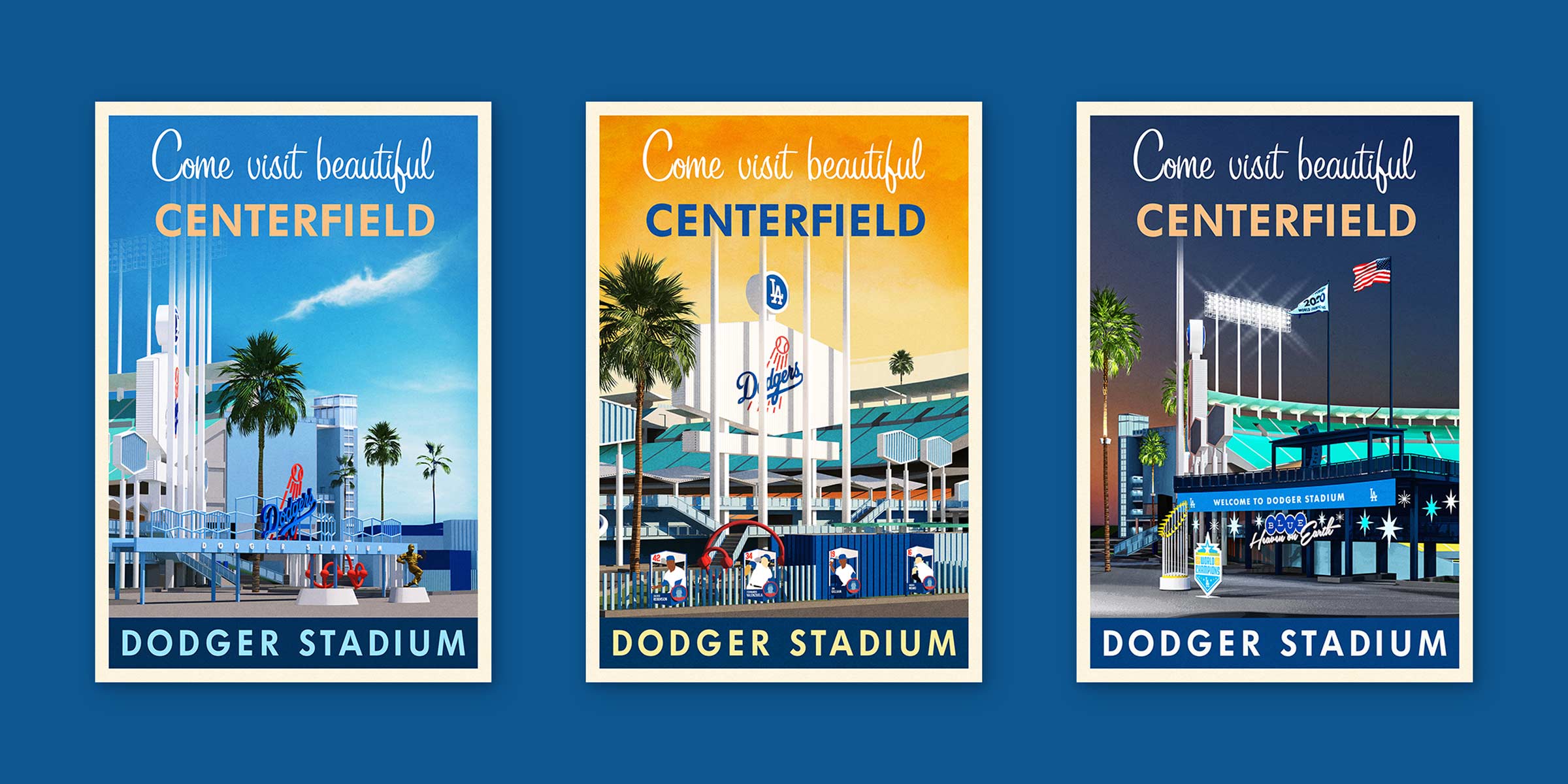 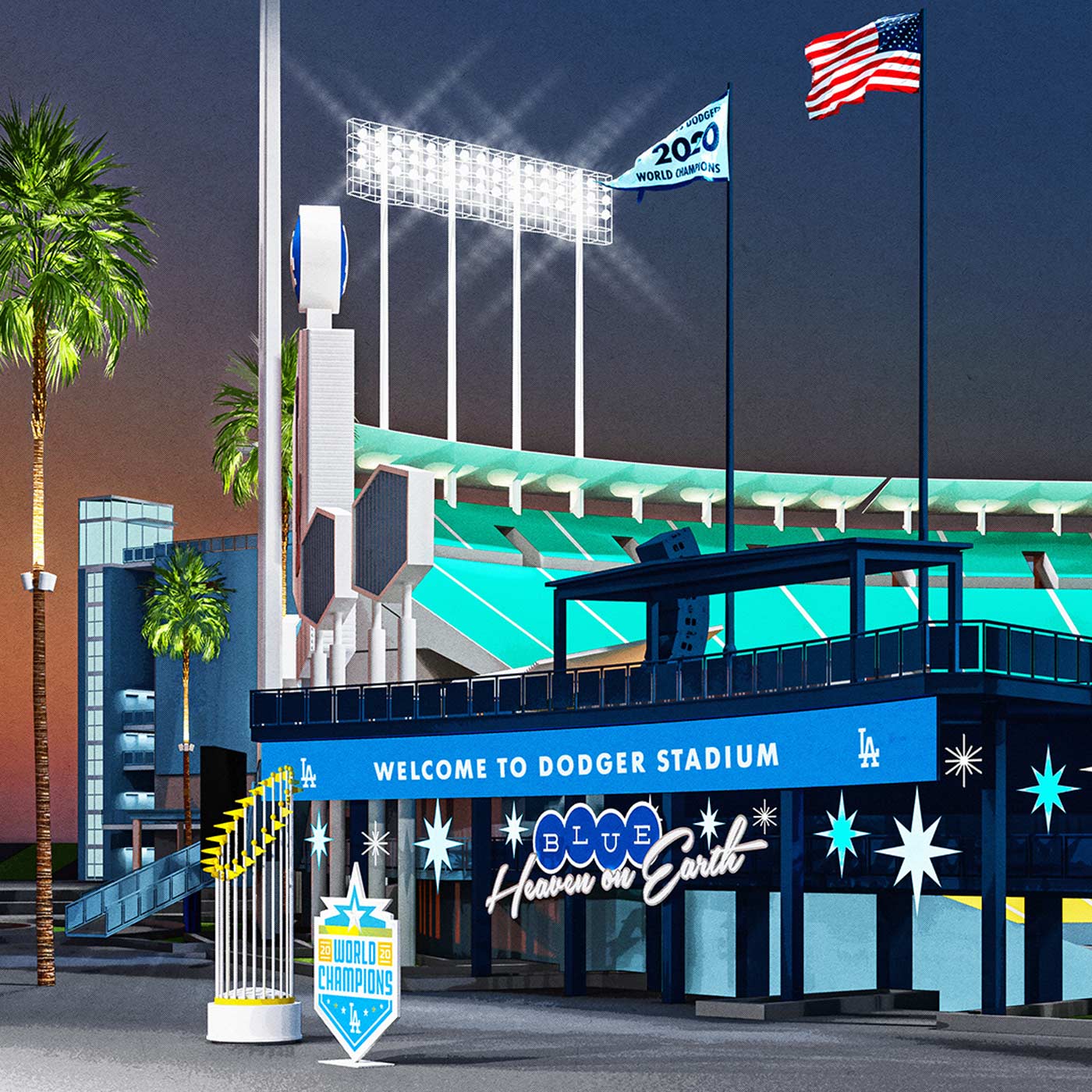 One of our final tasks was to capture the updated plaza in a few print pieces for the Dodgers prior to the official re-opening in June 2021. We created a map rendering for the visitors guide which highlights each new feature in the plaza as well as 3 posters that fit the stadium’s mid century modern design aesthetic. 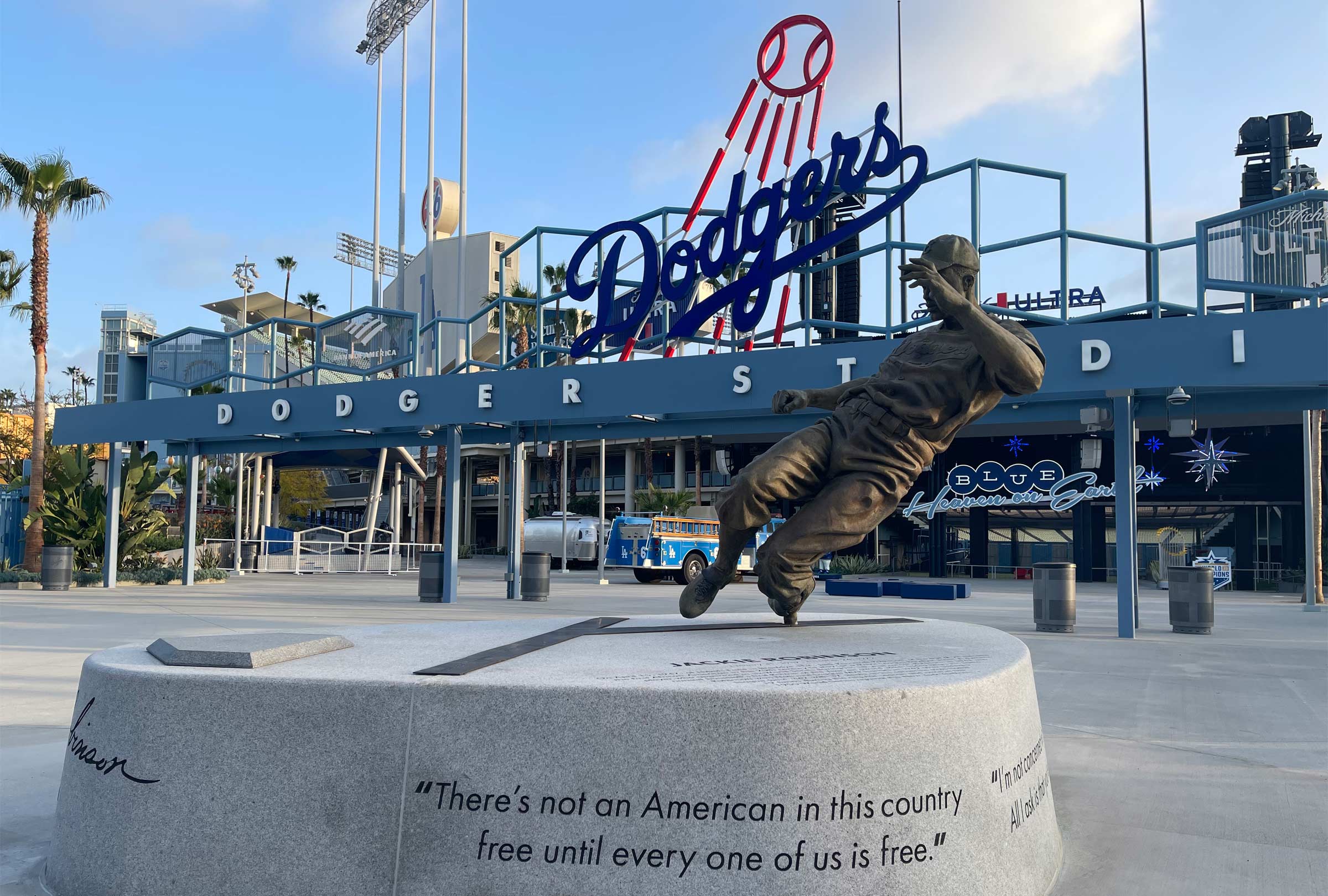 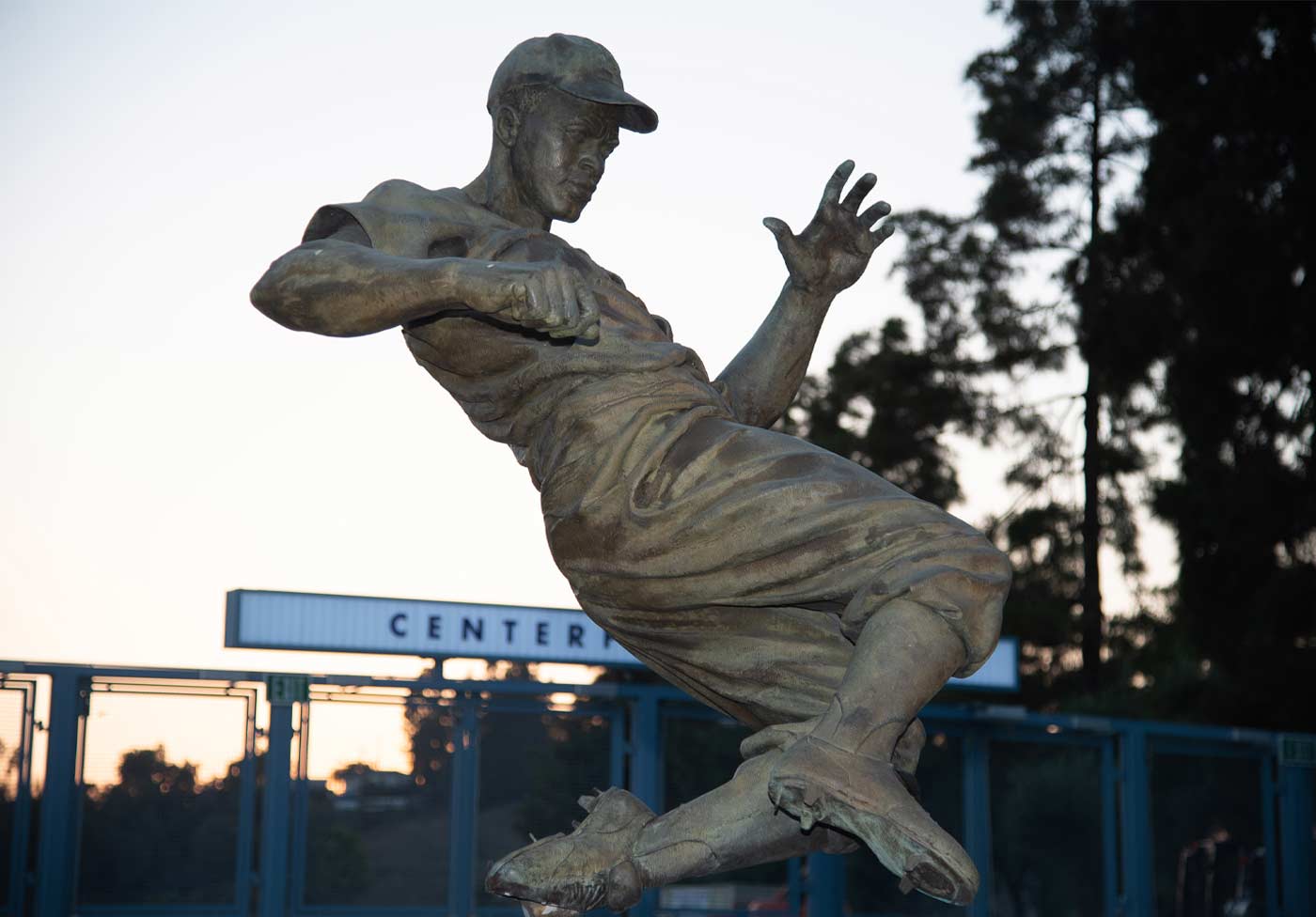 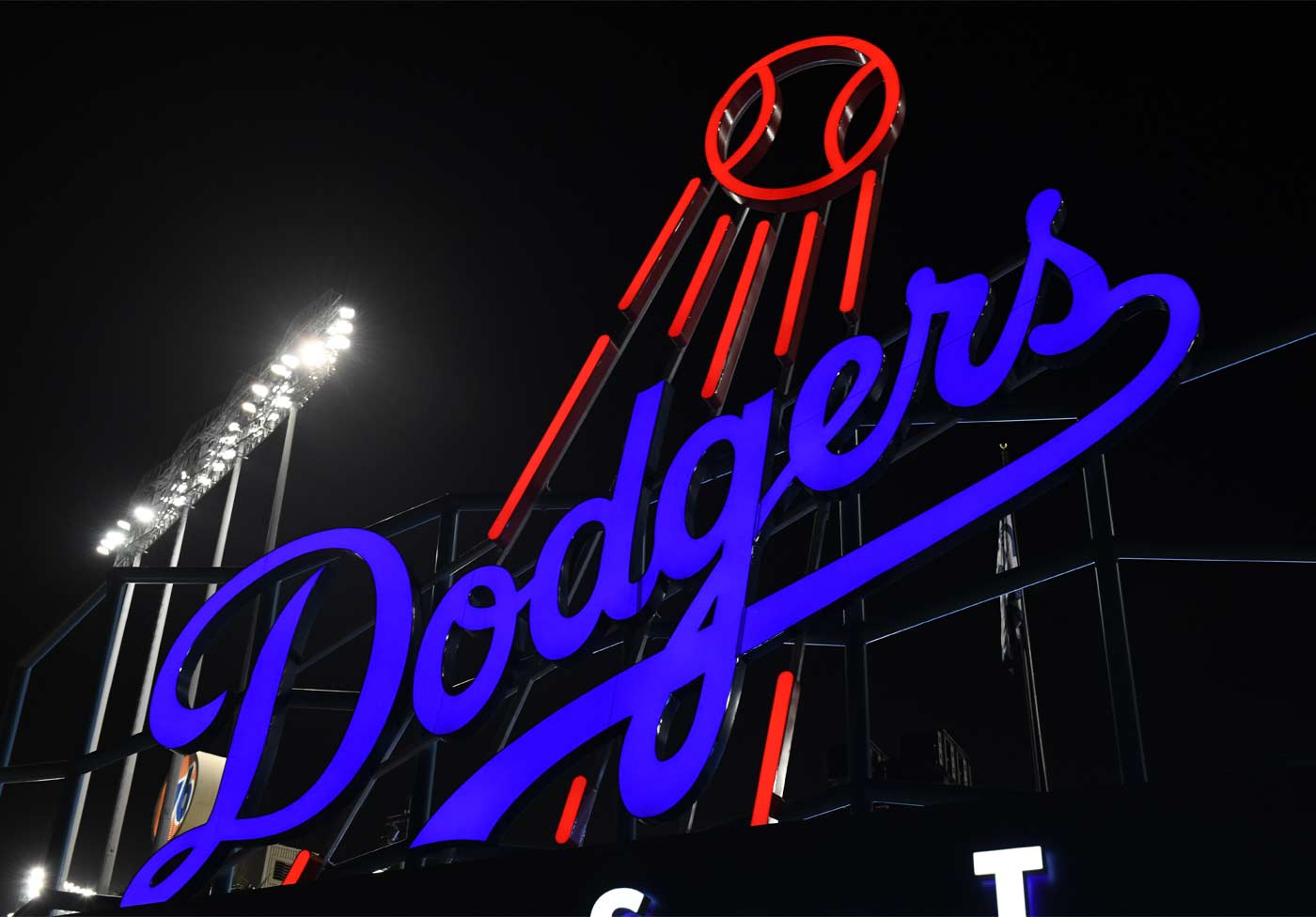 We not only designed and developed the Dodgers sign above the entrance gate but the architectural concept for the gate itself was created by the YDI team. The framework was created using the stadium’s hexagonal shaped motif which provides a flexible system for incorporating sponsor signs in the future. 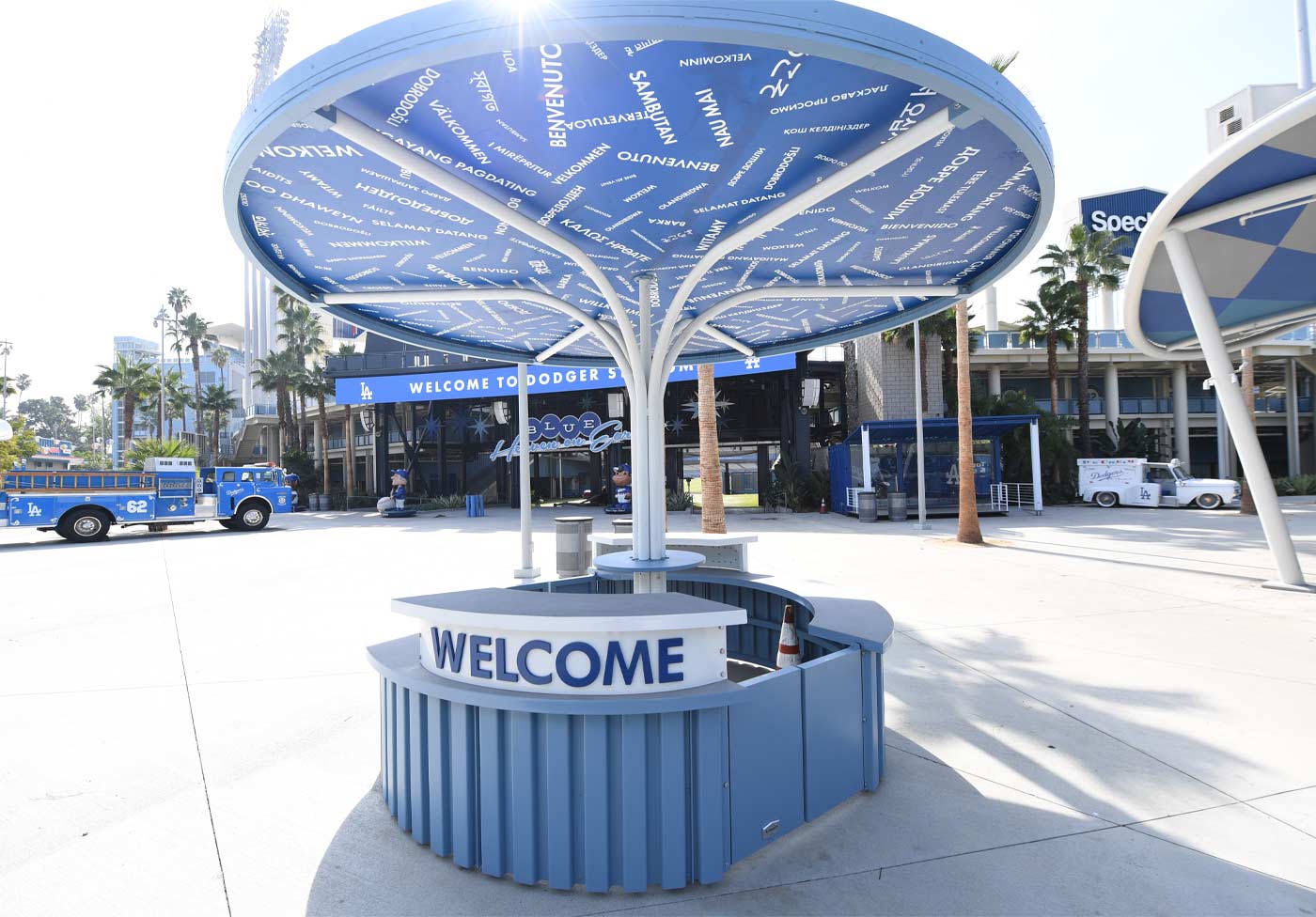 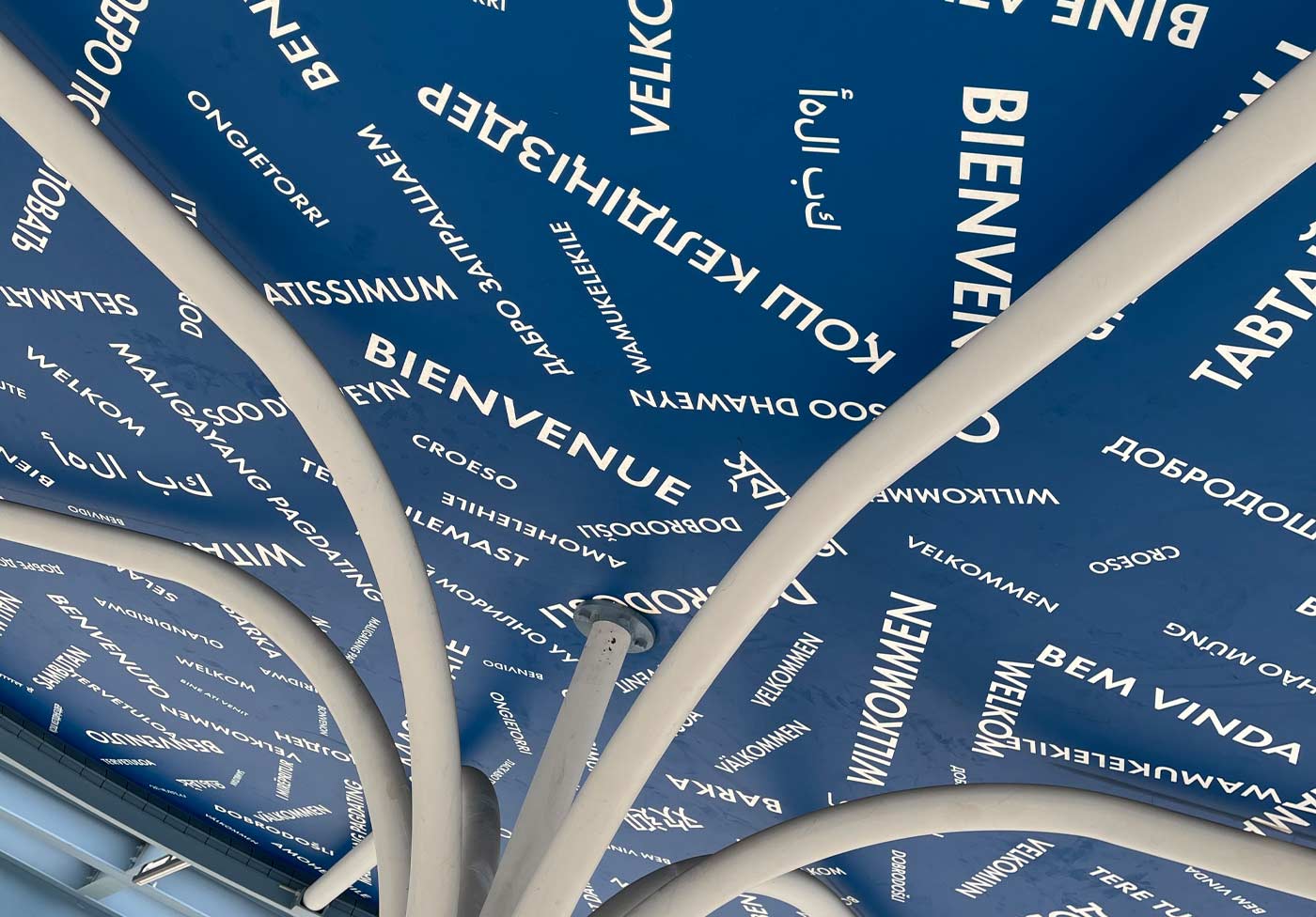 YDI custom designed the structure & applied graphics on the stadium’s welcome kiosk. The mobile unit incorporates a sunshade with the word ‘welcome’ printed underneath in languages from around the world. 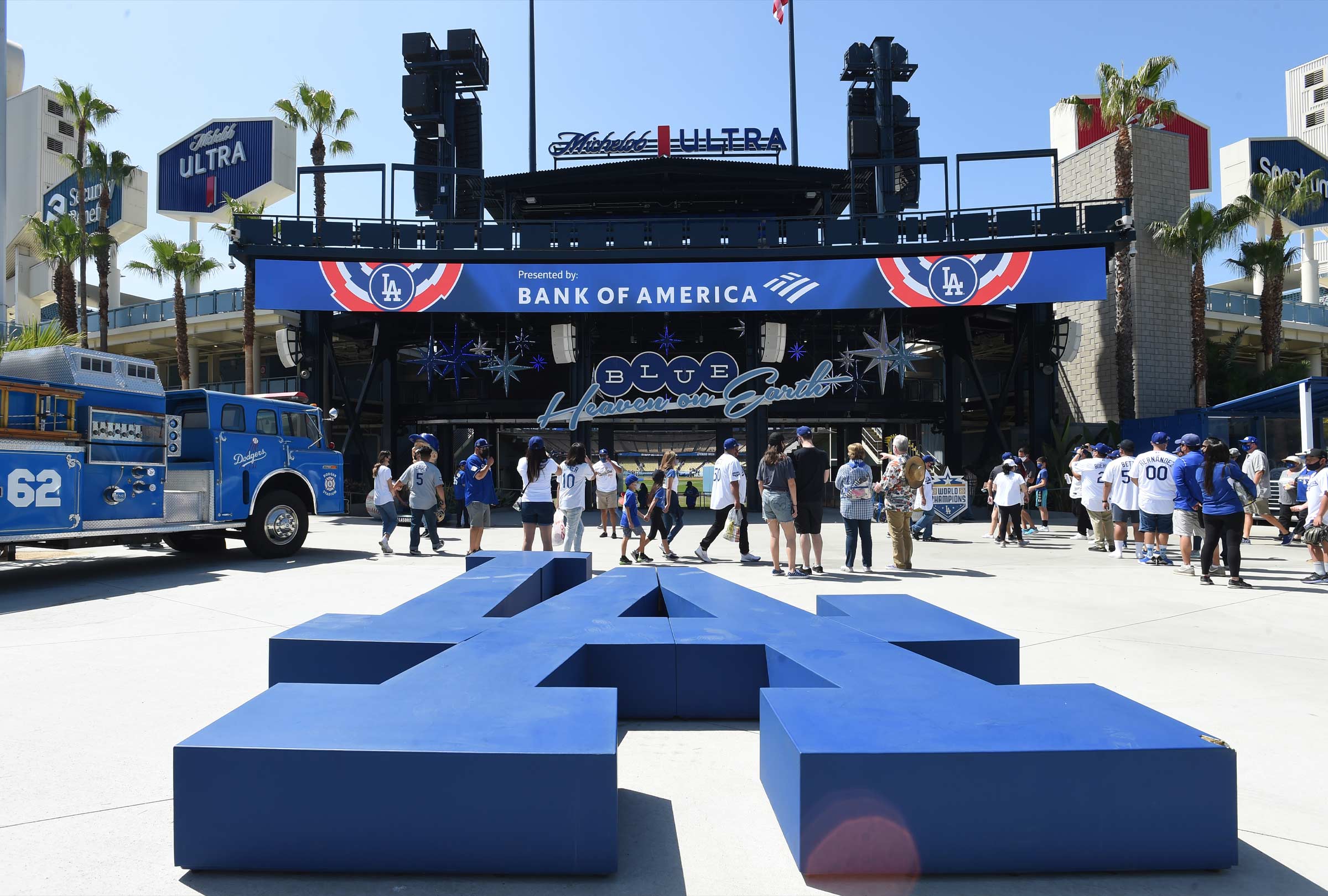 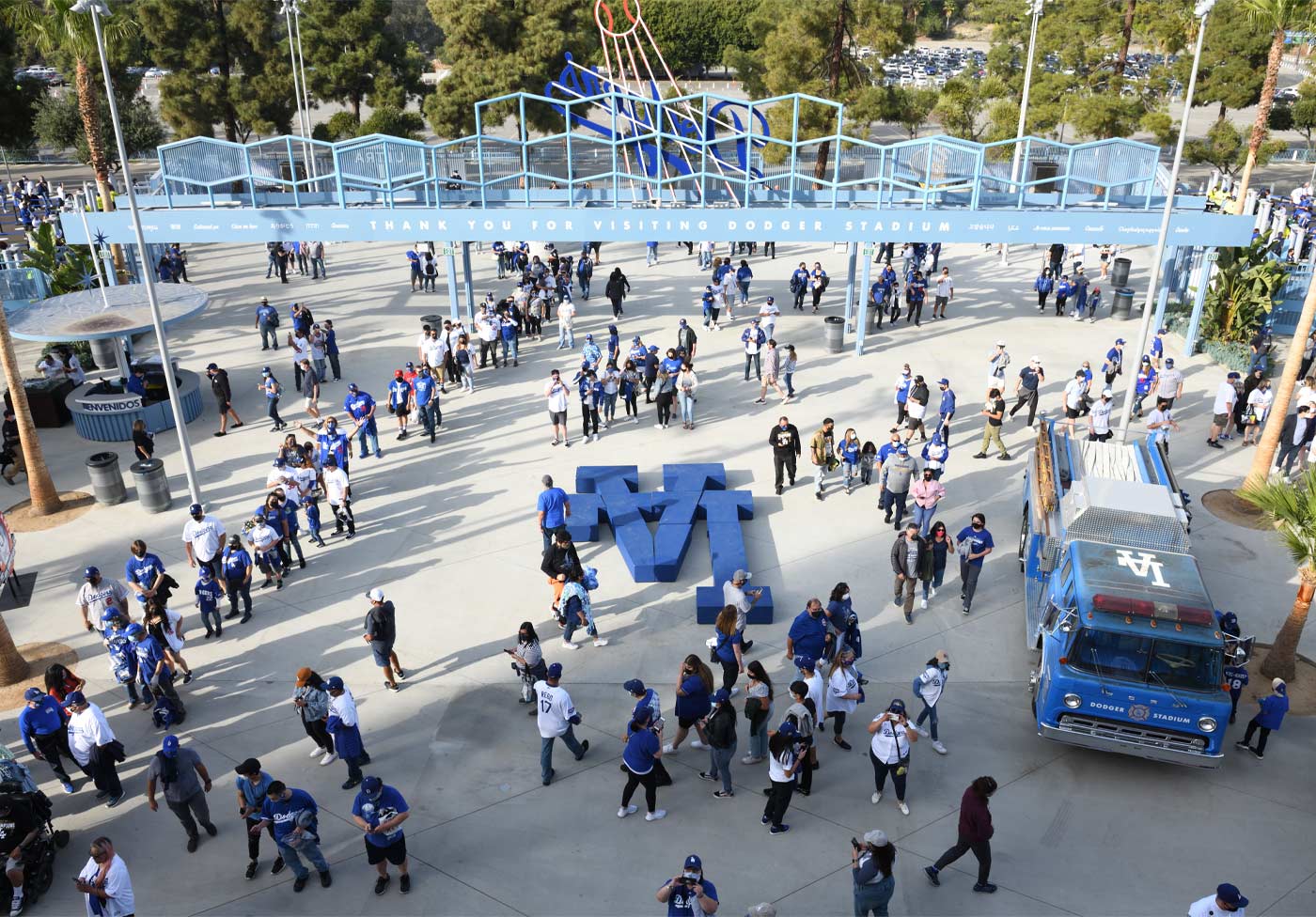 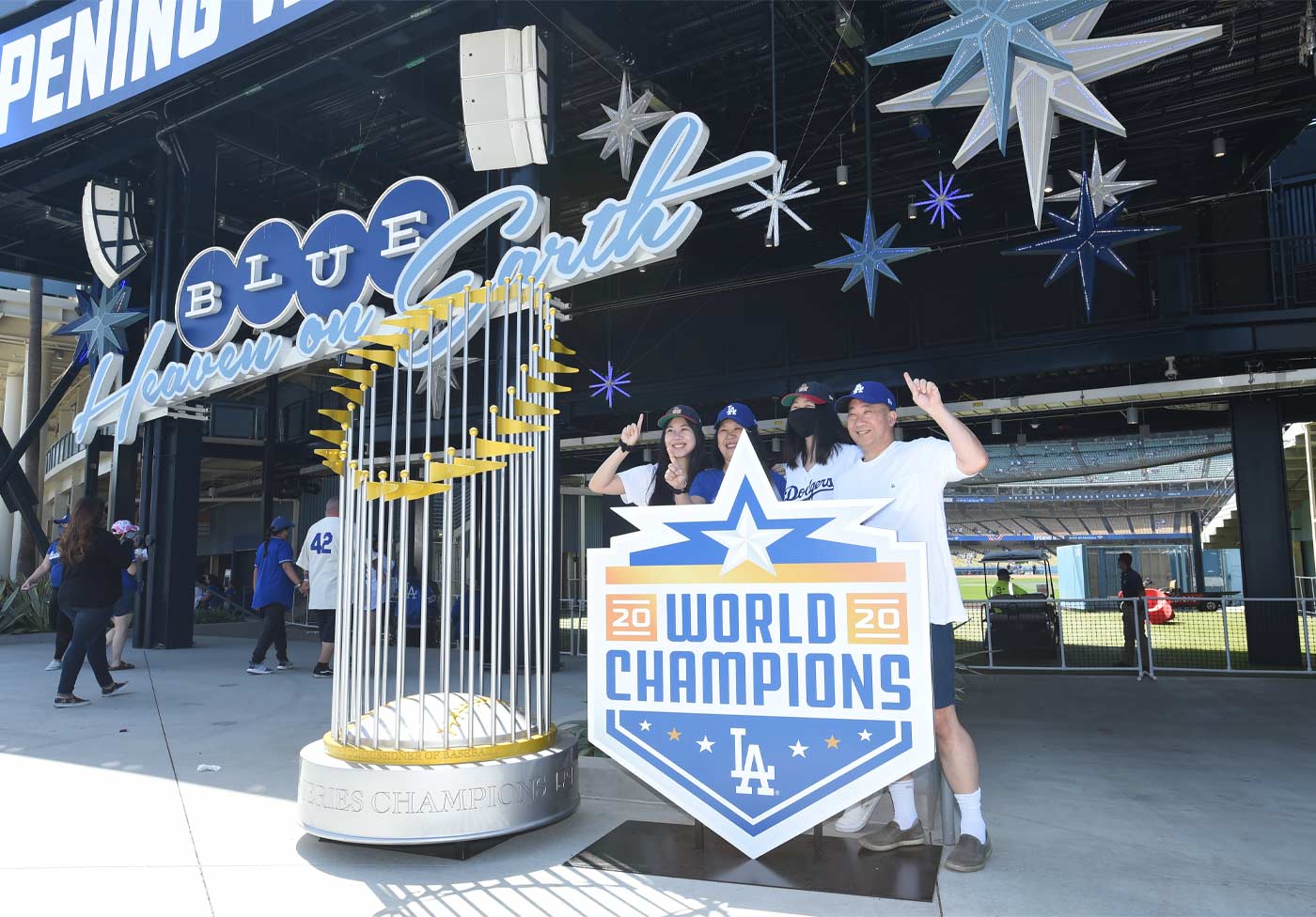 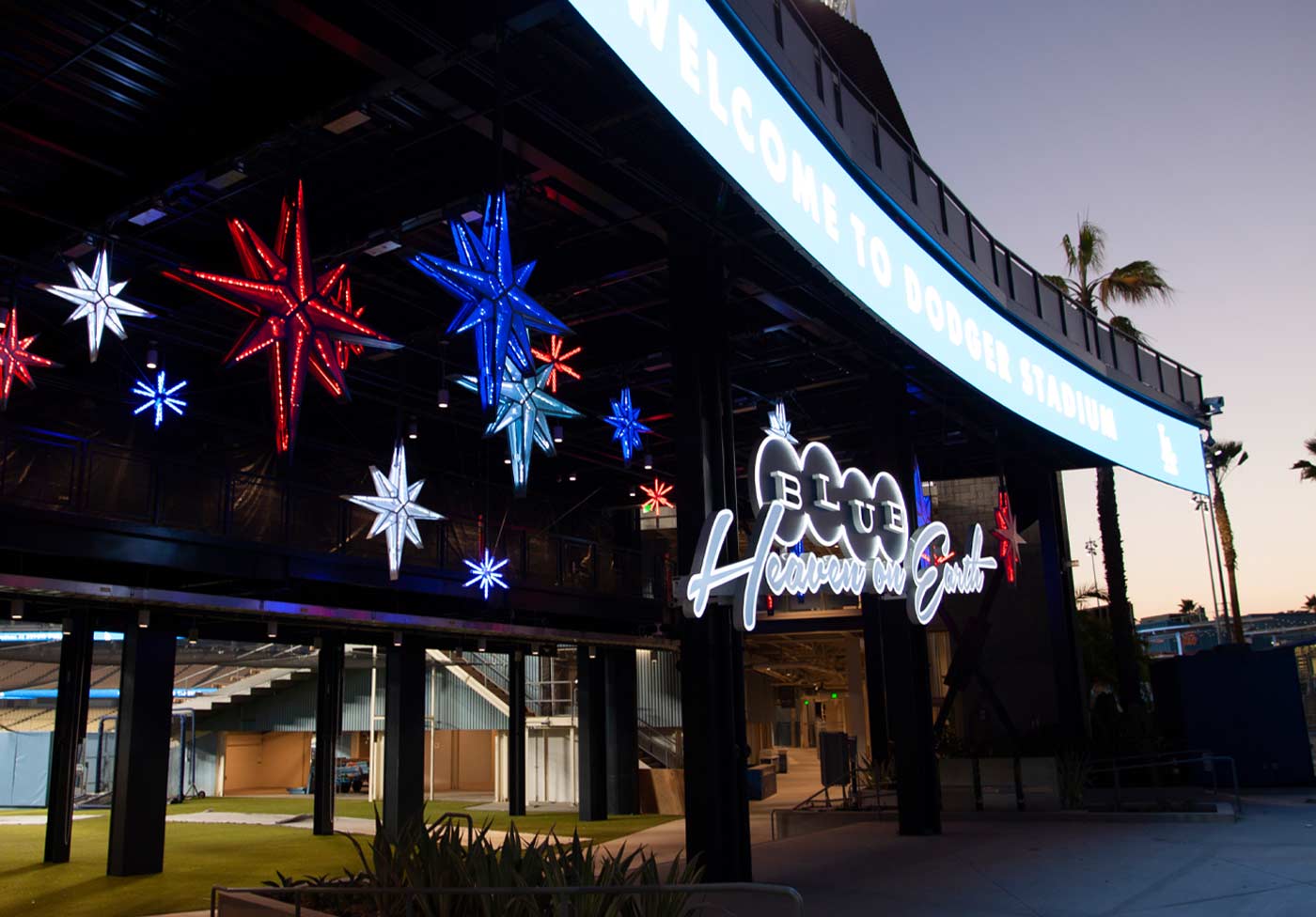 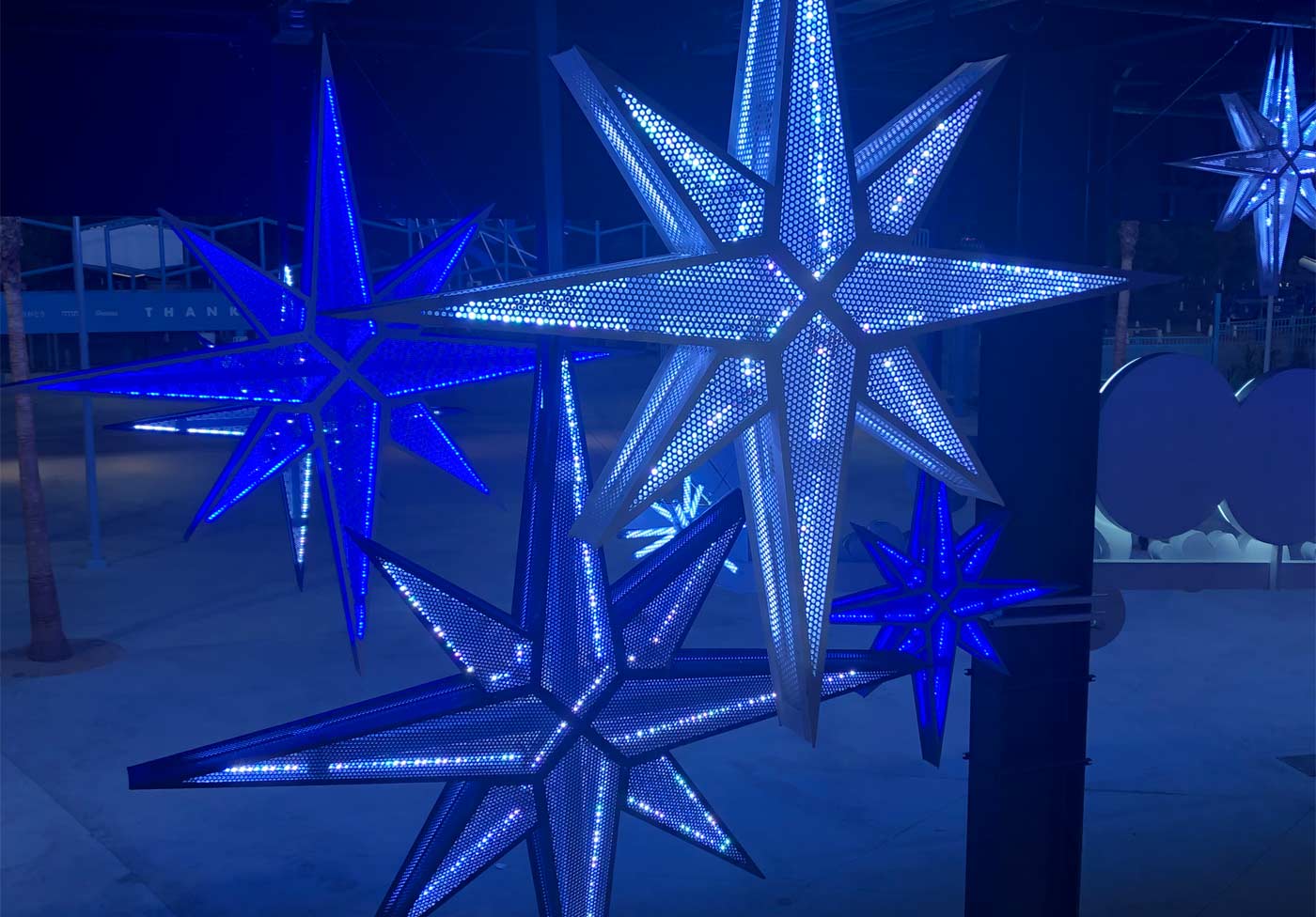 Prior to it’s construction, legendary Dodgers own Walter O’Mally envisioned the stadium as a “Disneyland-like destination.” The Centerfield Plaza delivers upon that goal with dozens of engaging fan centric installations and photo moments surrounding the magical Blue Heaven on Earth sign. The sign by YDI is flanked by a series of custom designed perforated aluminum pendant stars that are filled with programmable color changing LED lights. 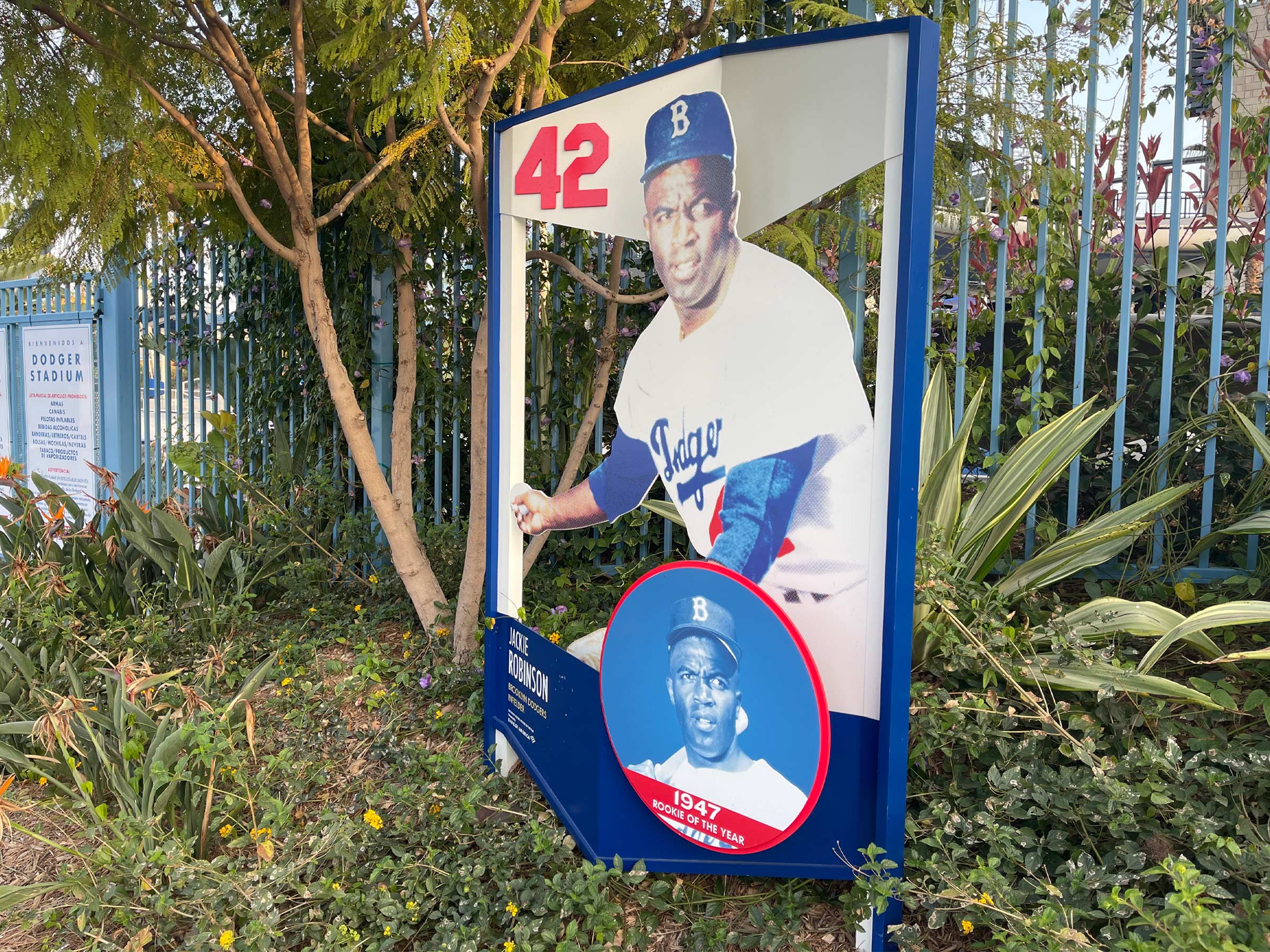 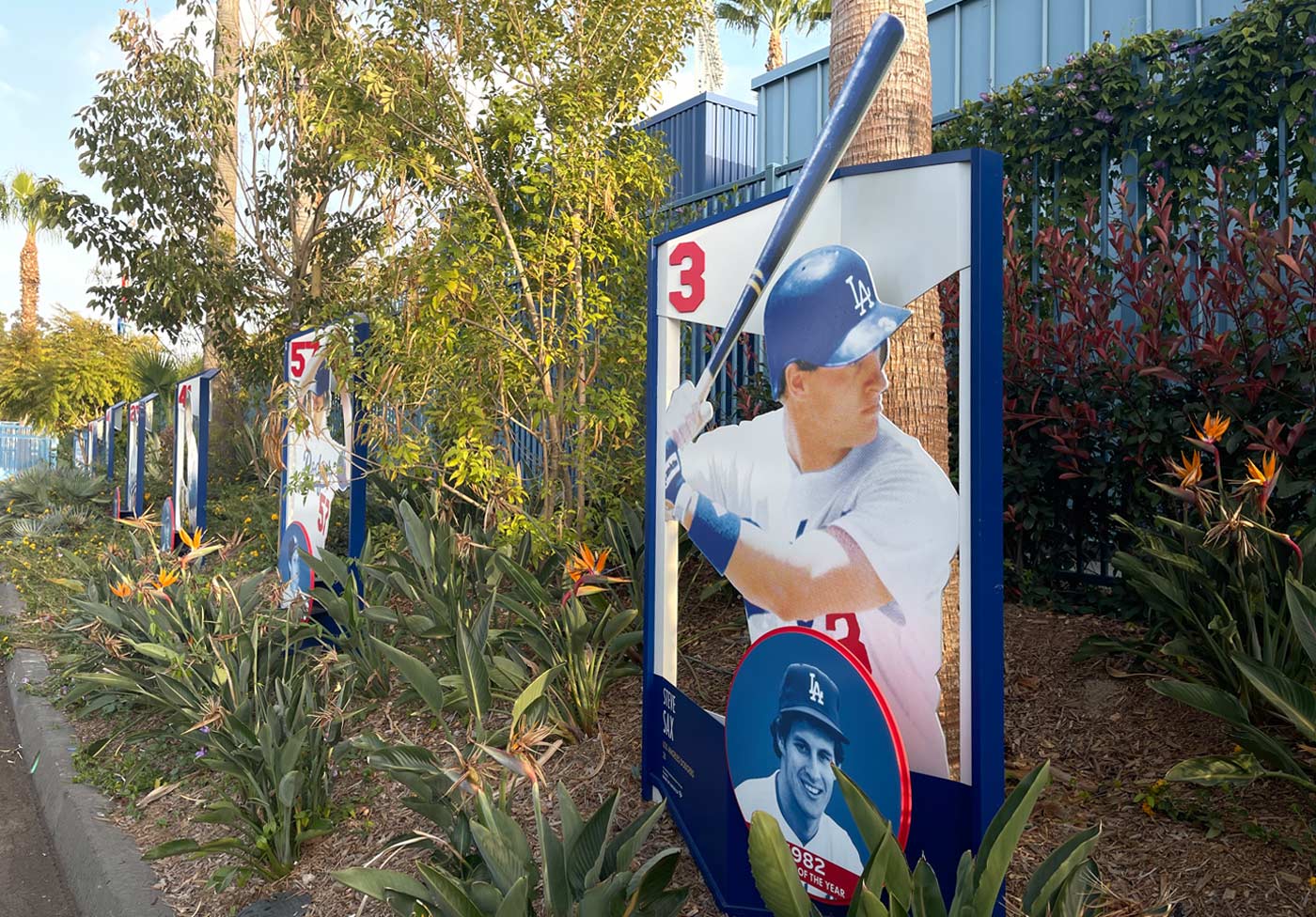 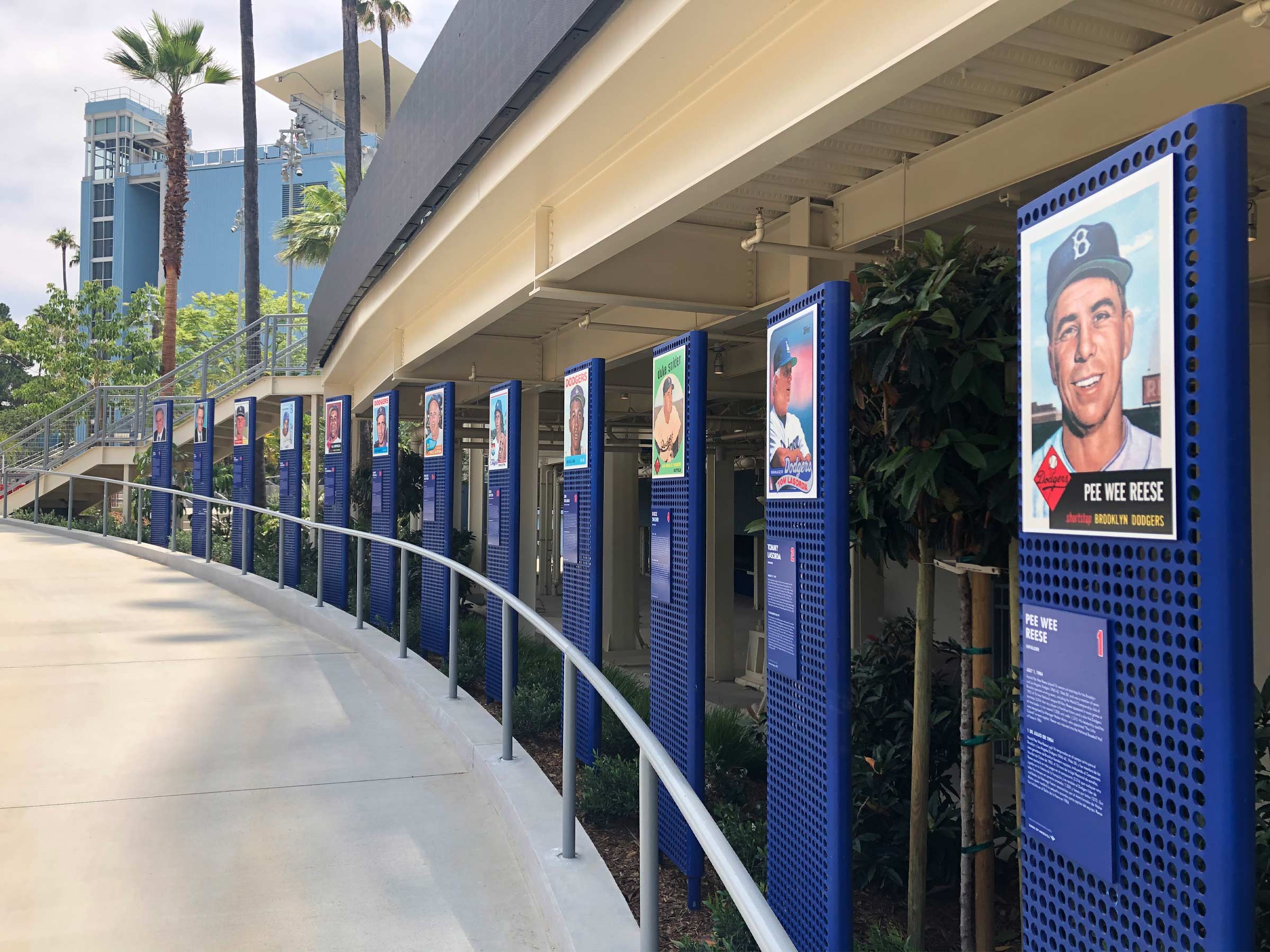 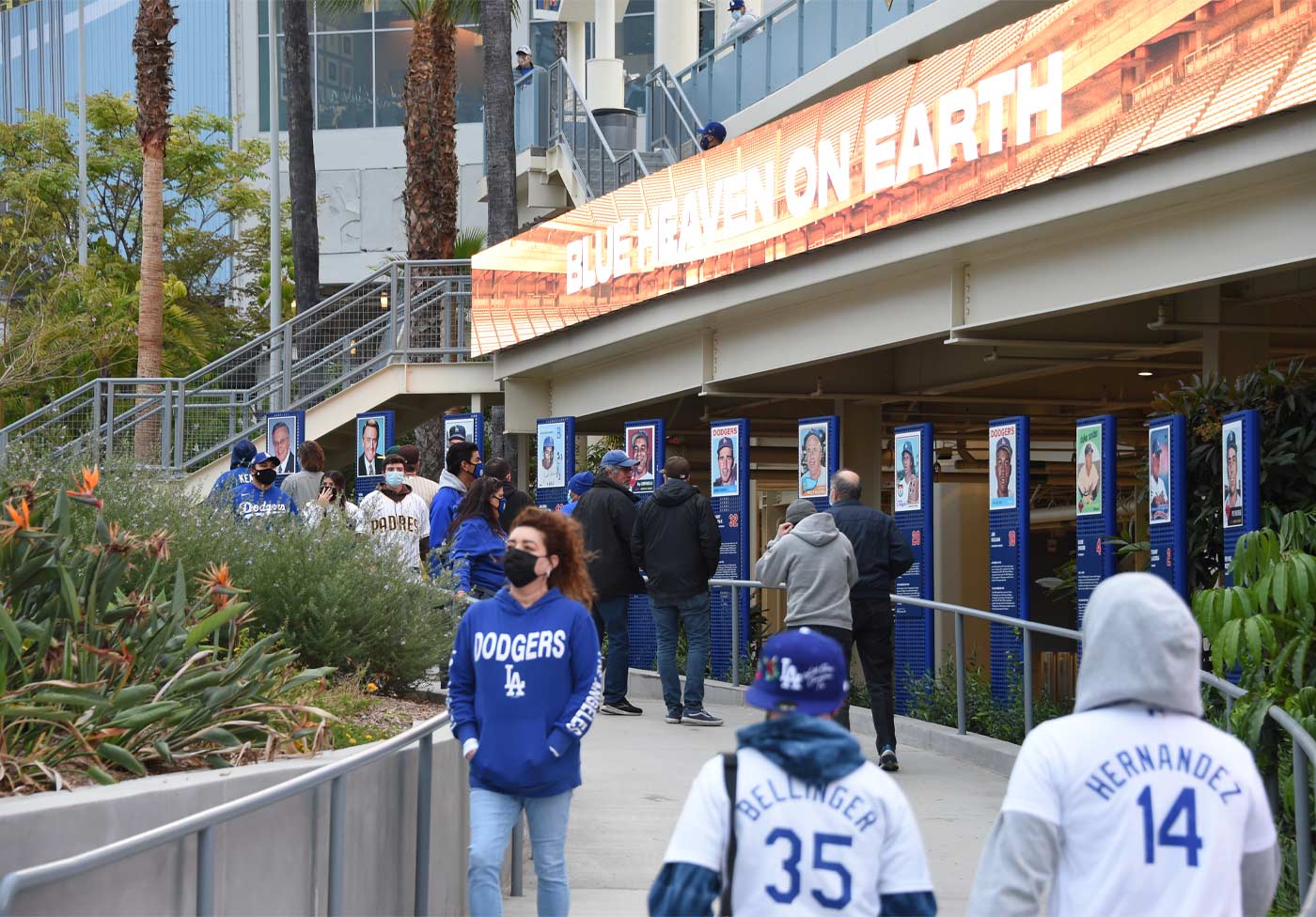 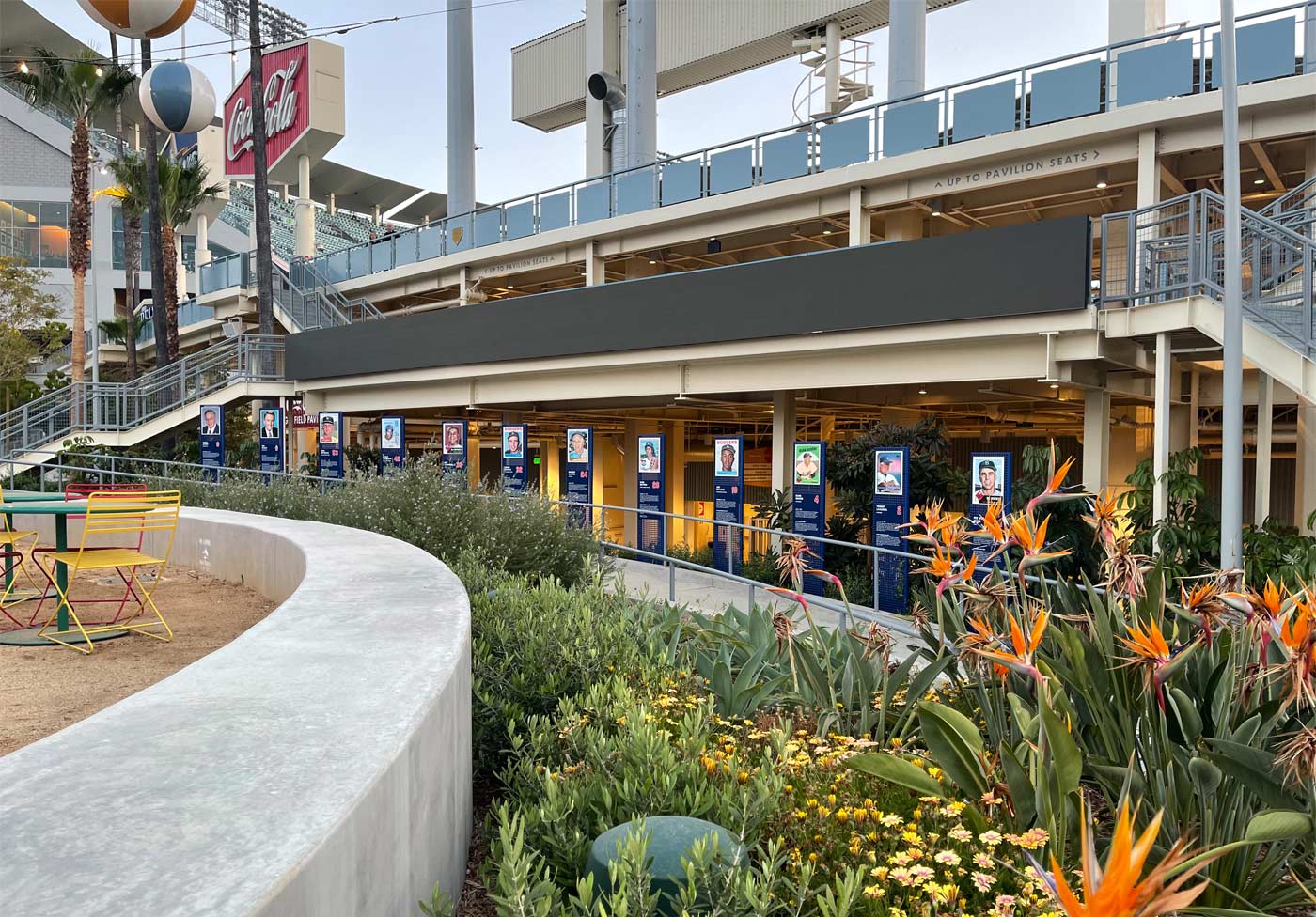 The Dodgers were looking for ways to celebrate their all-time great players, coaches, executives and team achievements. YDI designed a number of displays that are incorporated into the landscaping. This includes the dimensional Rookie Of The Year player cards with the backgrounds cut out to reveal the plantings behind the players. In addition, YDI created a design to highlight the Legends of Dodgers Baseball which runs along ADA ramps in both left & right center. The Legends panel is affixed to a custom perf aluminum panel which allows plantings to poke through the piece as they grow. 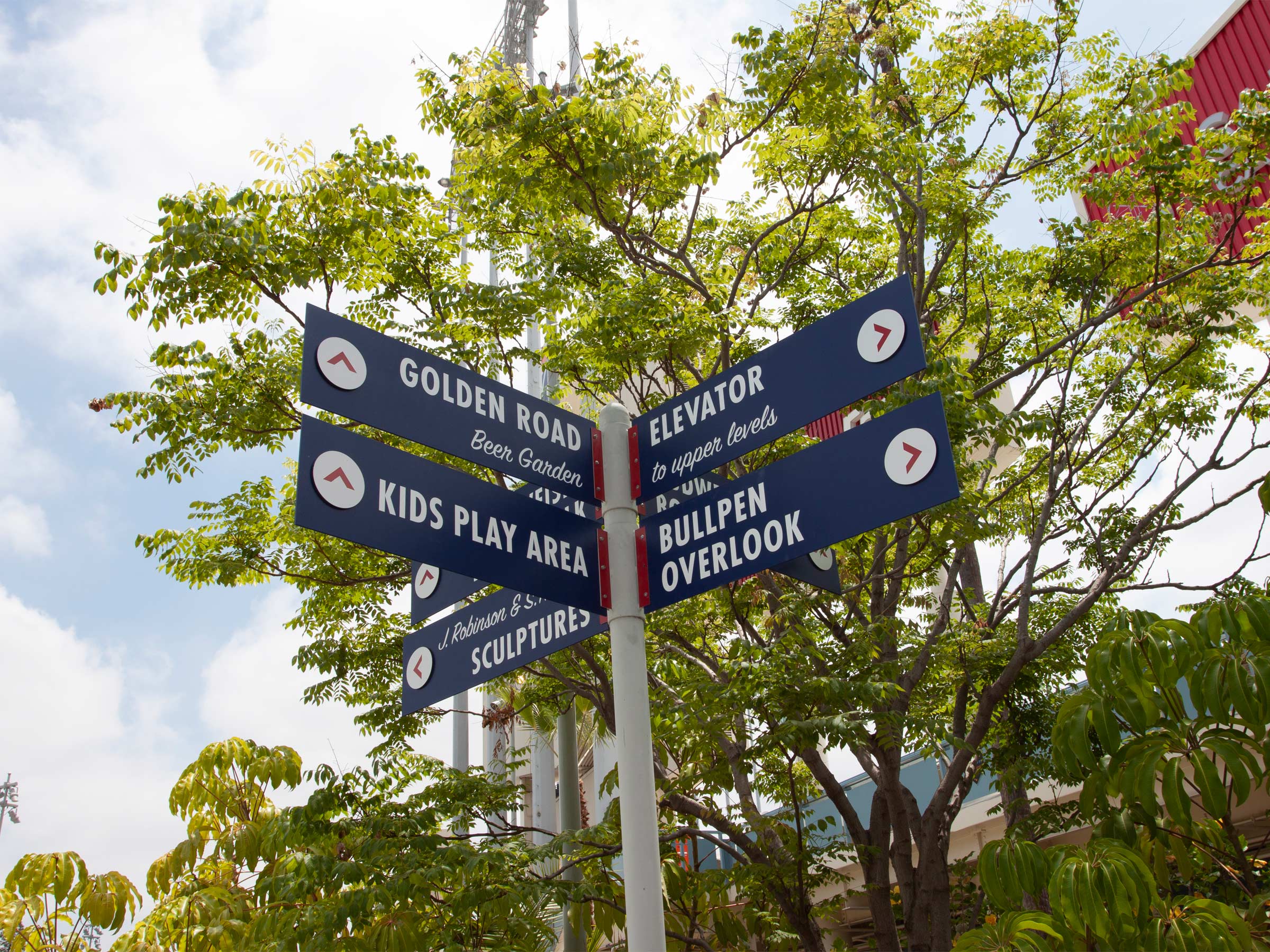 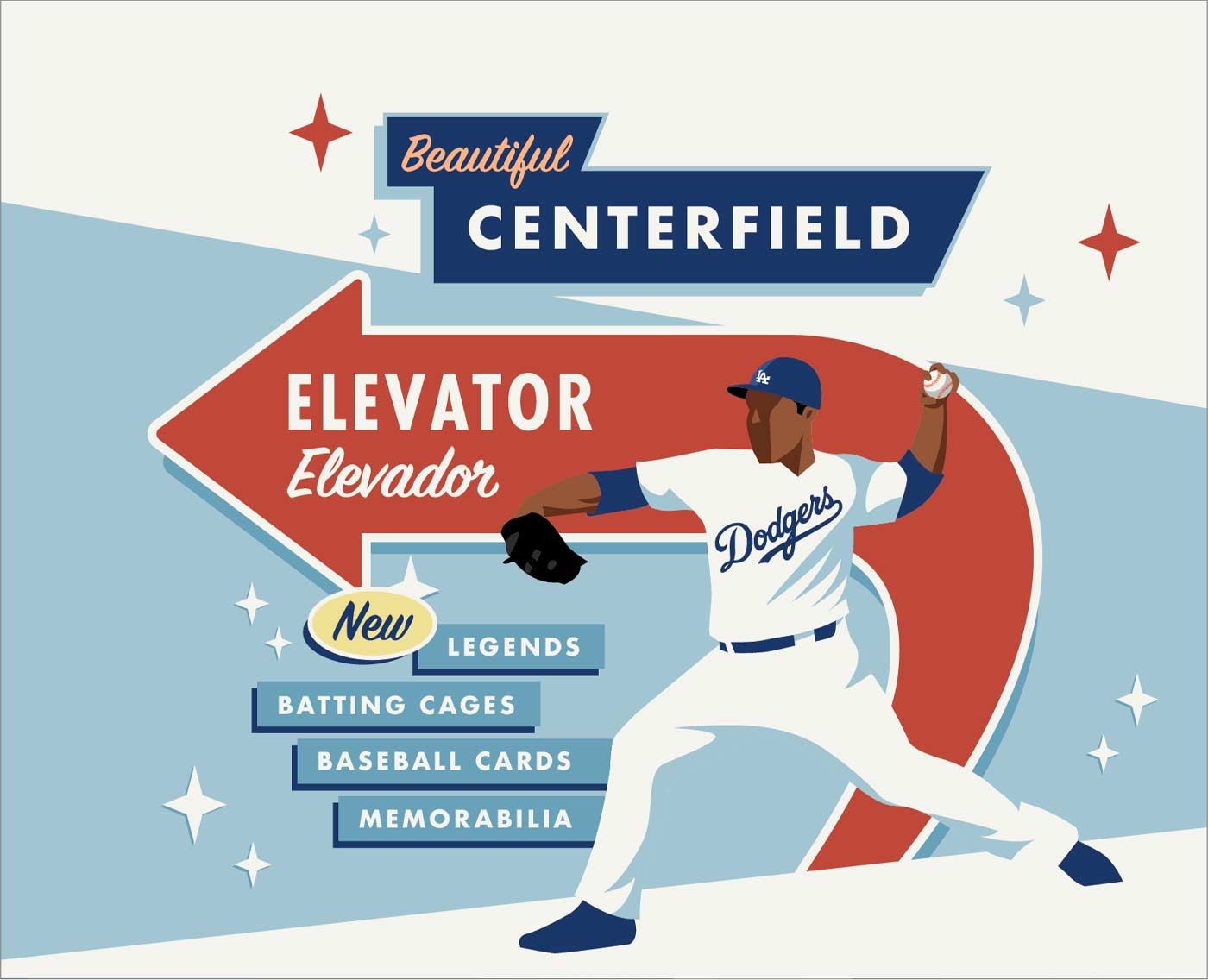 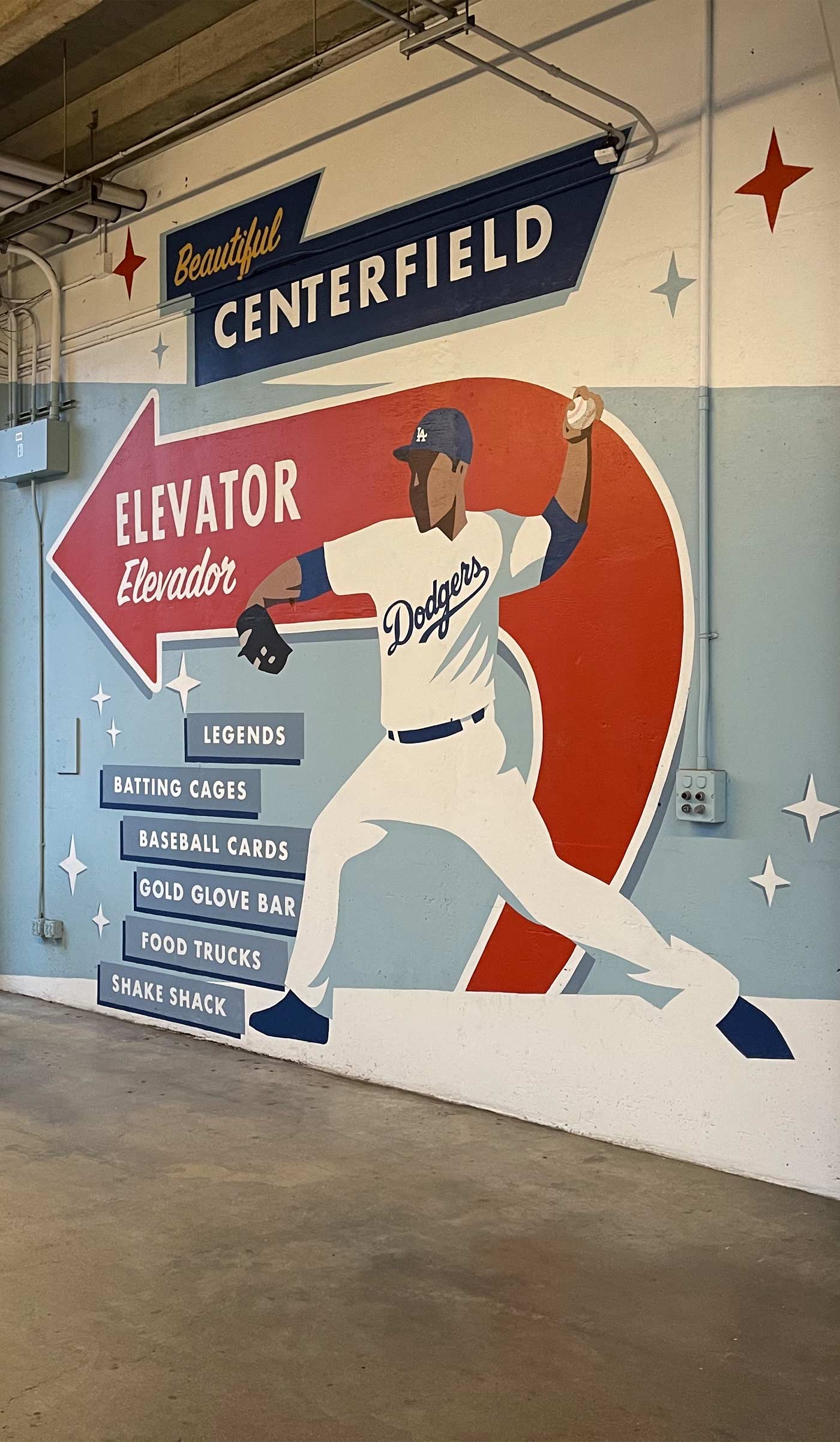 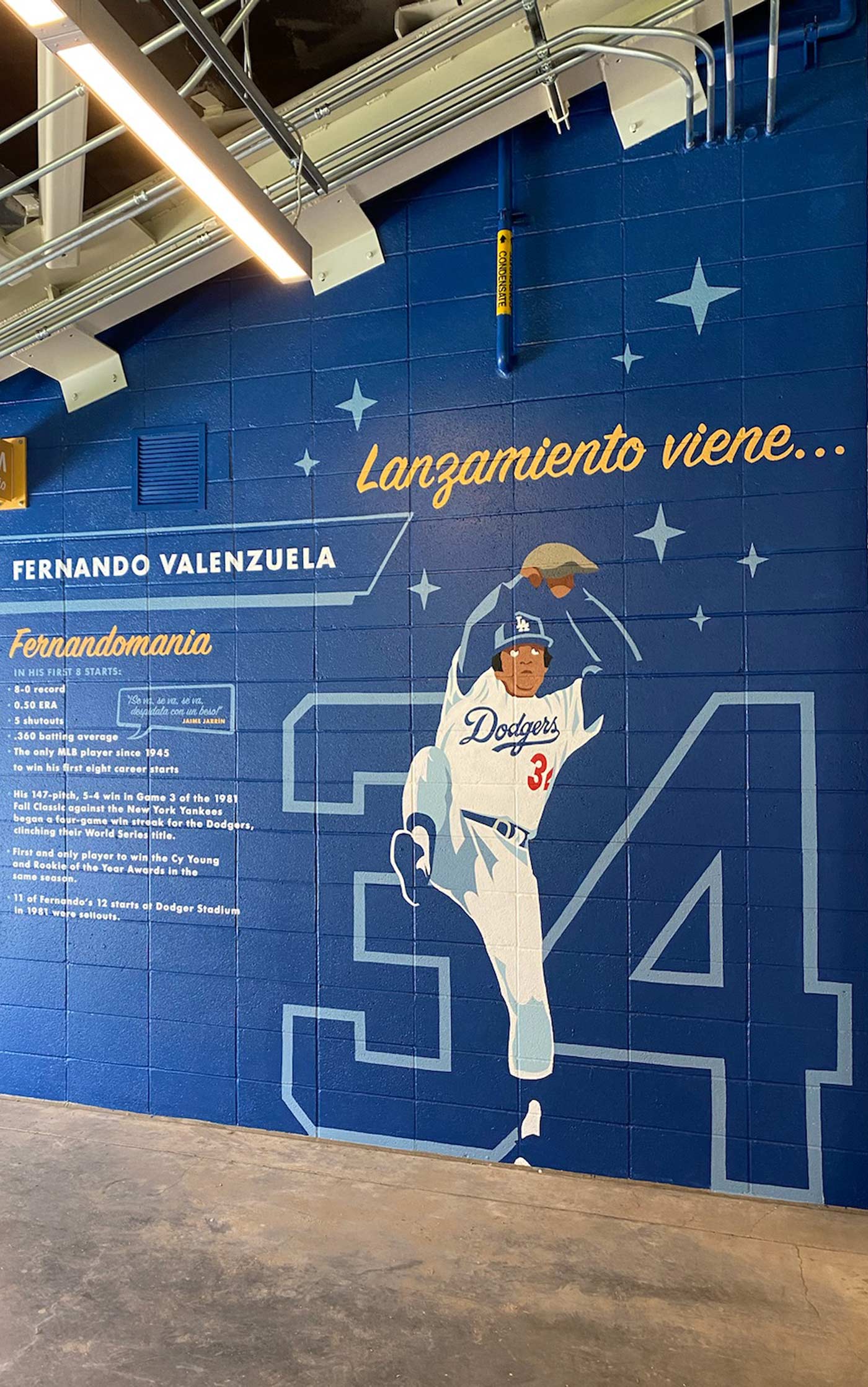 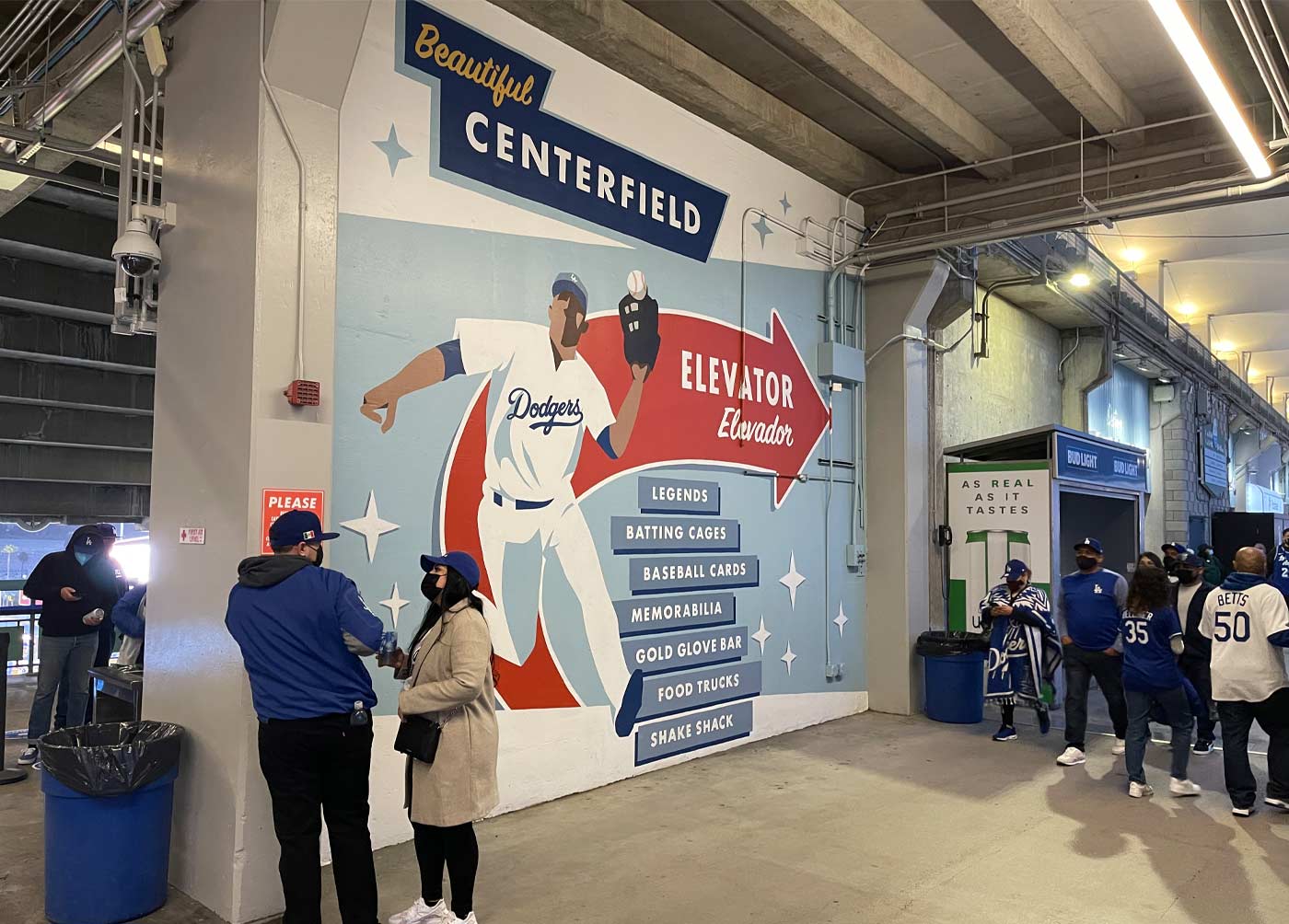 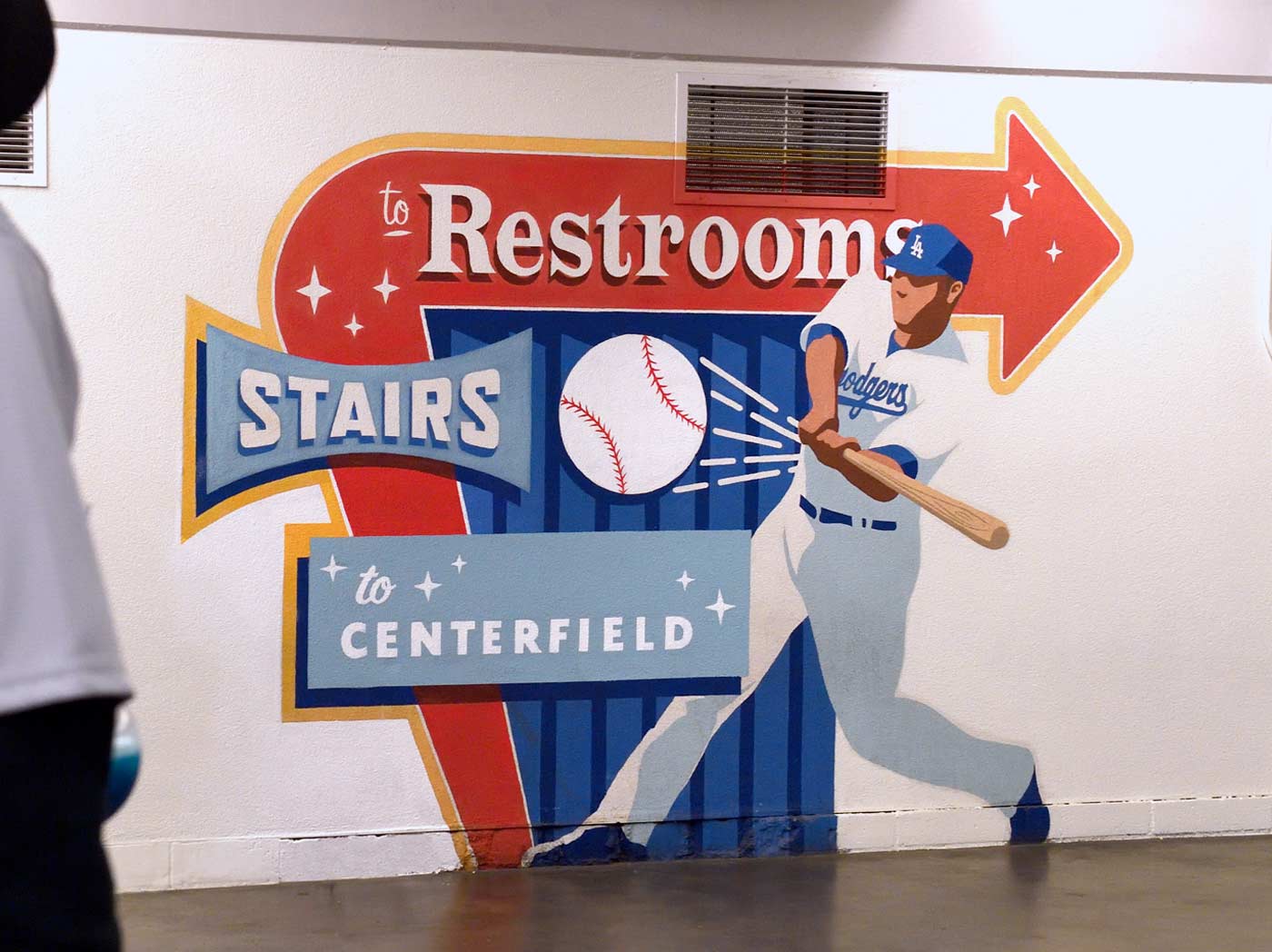 YDI is also responsible for the wayfinding signage system throughout Dodger Stadium. Once the Centerfield Plaza was added, new signage within the plaza was needed. YDI developed a street pole sign style which can point visitors in 4 directions. The Dodgers also wanted to update signs throughout the stadium to point visitors to the plaza which is accessible from any gate. YDI illustrated a series of murals that draw influence from the Dodgers archival graphics while incorporating directional signage. 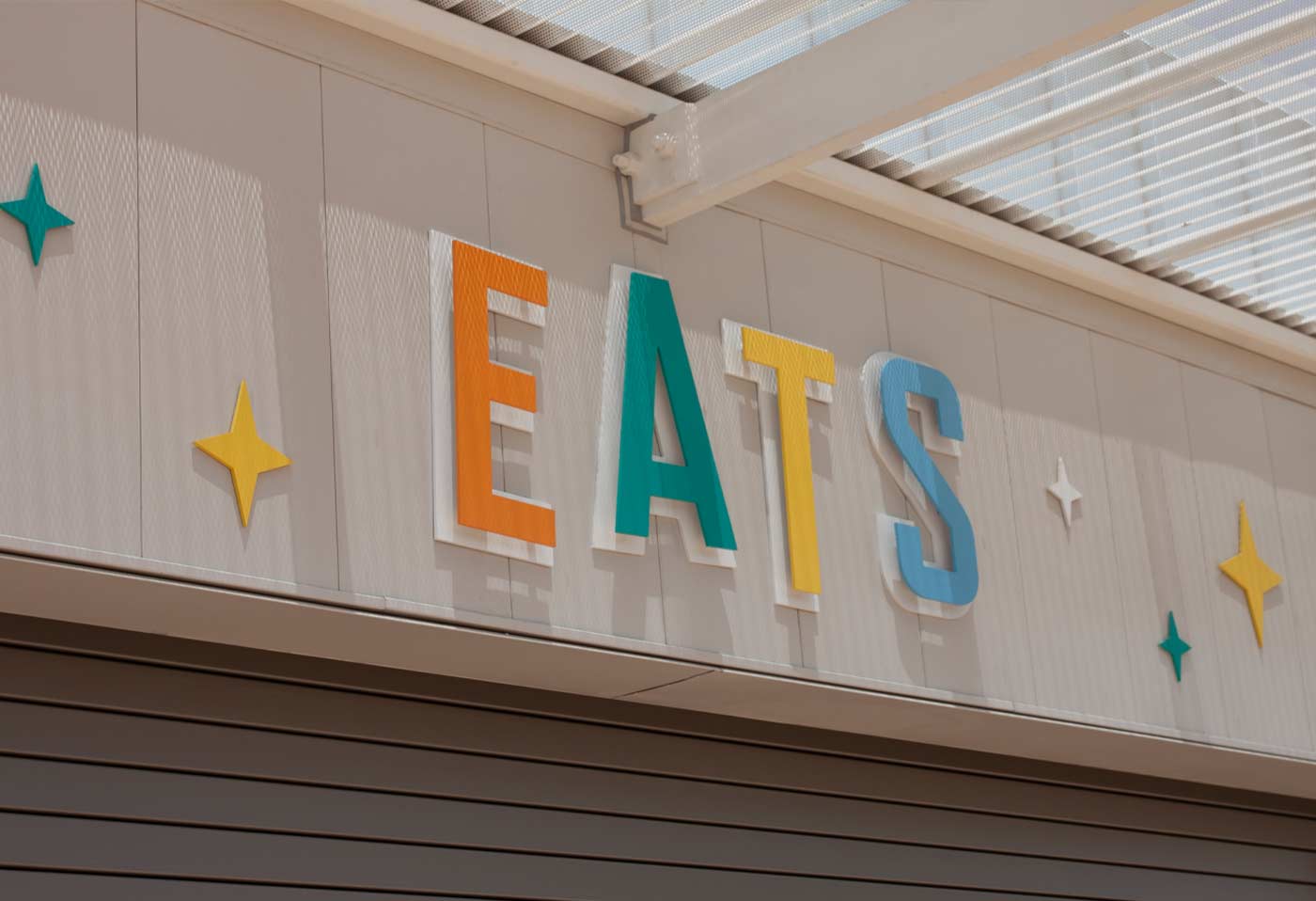 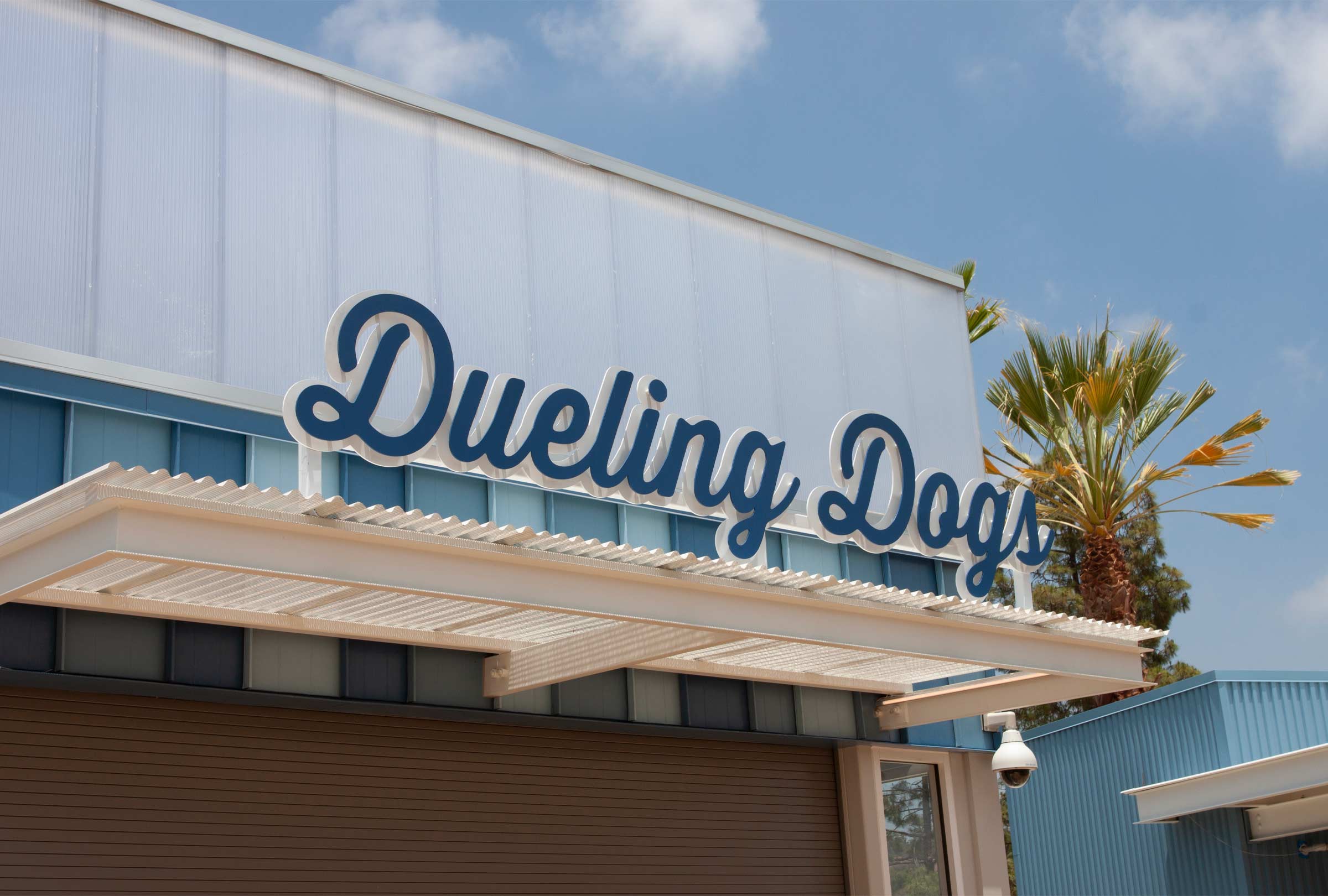 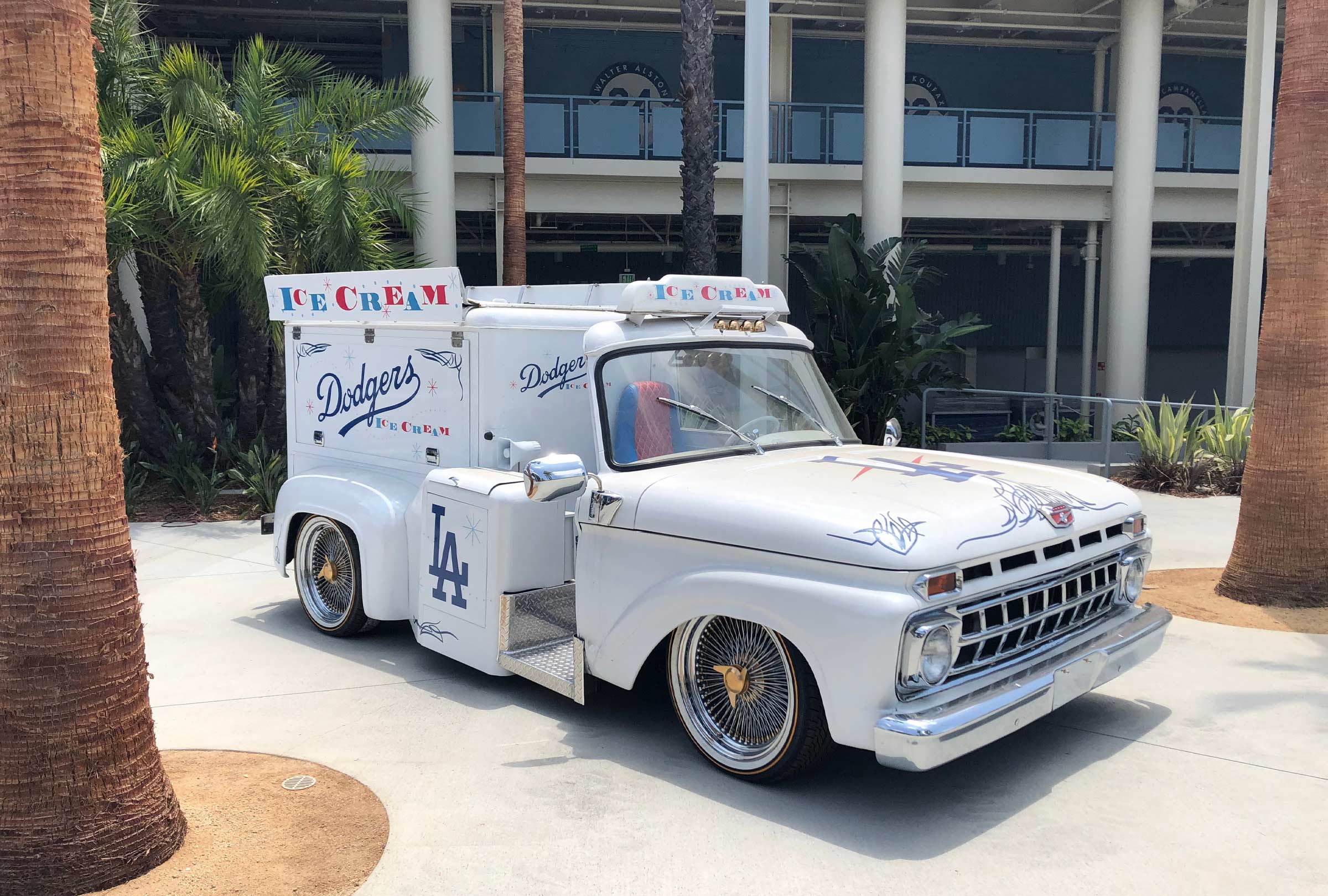 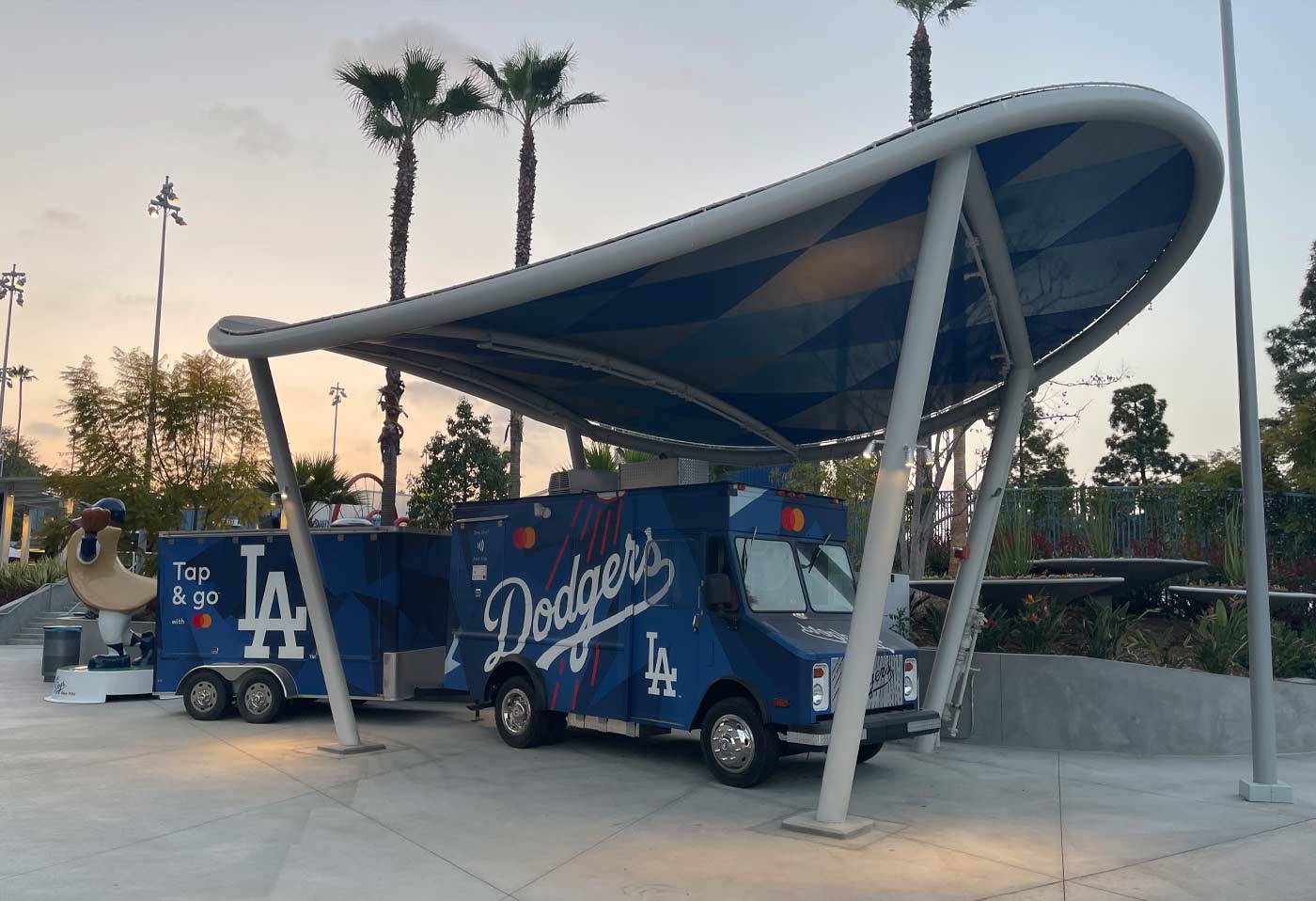 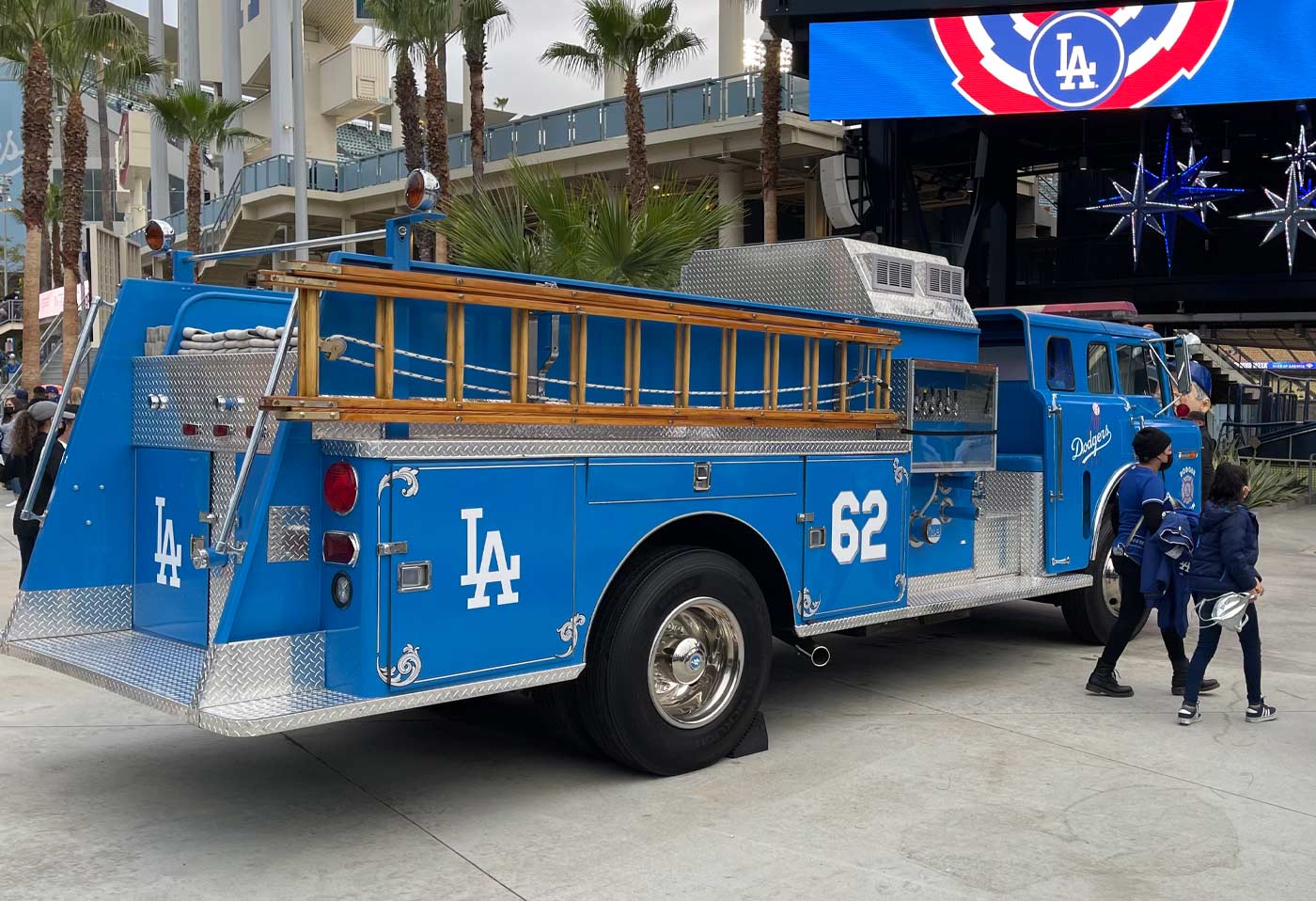 The Centerfield Plaza celebrates one of the most storied and well run franchises in the game of baseball. YDI is proud to have worked so closely on each element that goes into creating that experience all the way down to designing the detail of the punch cut logo on the sky blue chair backs. 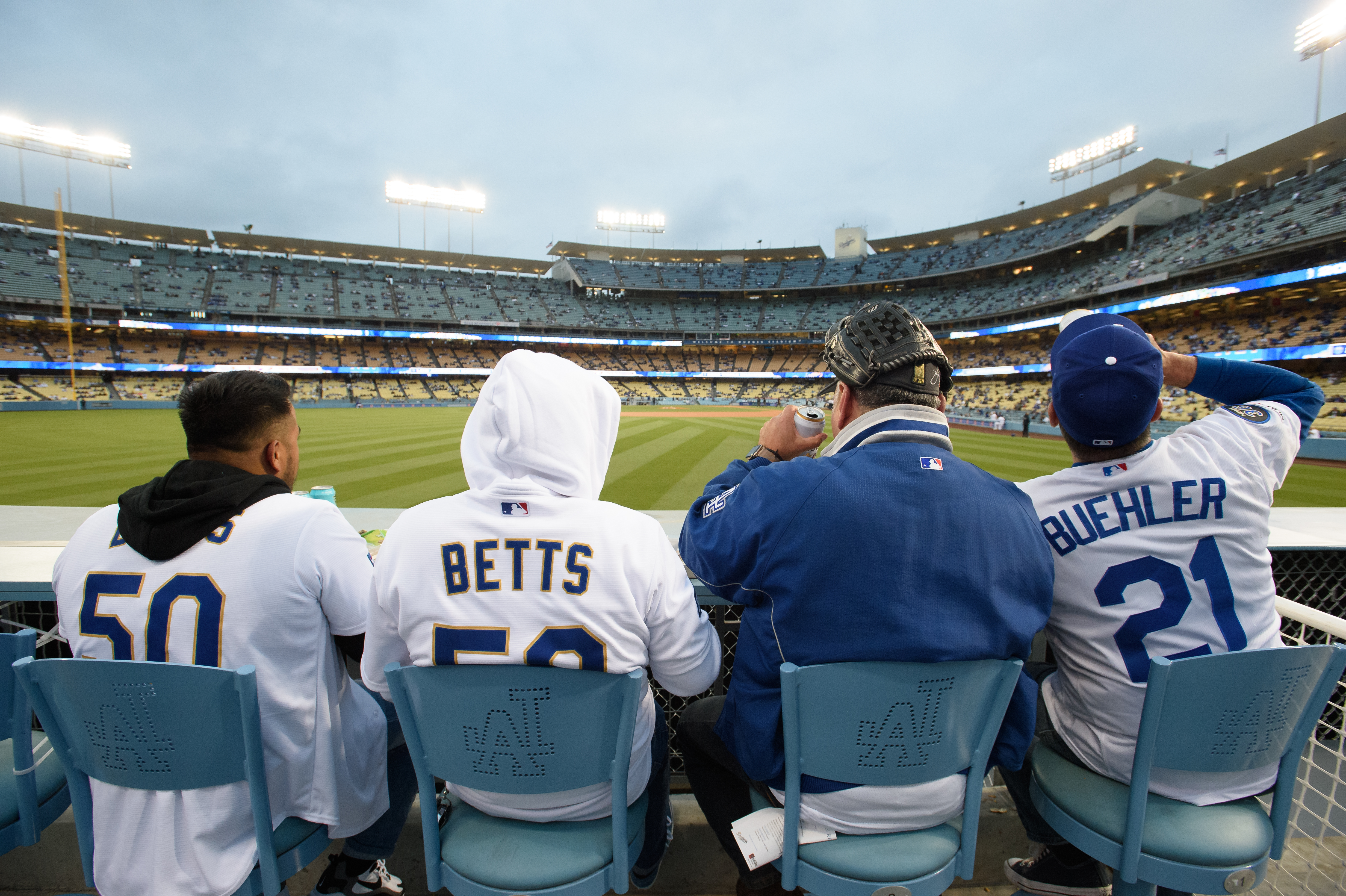